A heritage LED locomotive fitted with fully controllable color-mixing lights has begun welcoming passengers on board for a ‘world’s first’ Christmas spectacle.

Steam Illuminations will offer passengers the chance to marvel at a festive light show as they travel between market towns from Alresford to Alton in Hampshire on the Mid Hants Railway Watercress line.

It comes after freight locomotive S-15, which is one of two steam trains on Mid Hants Railway’s Watercress line, was unable to run for four months and lost over £1million income amid the coronavirus pandemic.

Created in partnership with Purple Lighting Ltd, the light show will feature different flashing colors and patterns as passengers sit inside the steam locomotive, which is fitted with 13,174 fully controllable LED lights.

Steam Illuminations is fitted with 13,174 fully controllable LED lights and wristbands and will offer passengers the chance to enjoy a festive light show as they travel between Alresford and Alton in Hampshire on the Mid Hants Railway Watercress line 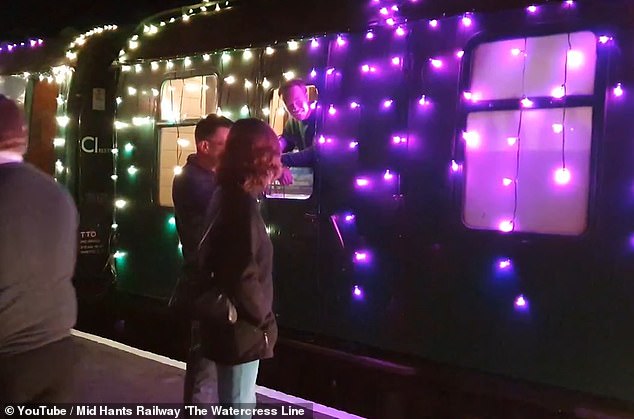 During their ten-mile journey, passengers will receive an LED wristband, which is included in their ticket price, to wear on the steam train and take home after the event.

Visitors will also be entertained by popular and traditional music on their festive journey.

Speaking ahead of the train’s launch, Managing Director Simon Baggott said: ‘We are delighted to be bringing this unique event to the Watercress Line.

“It’s a wonderful experience that the whole family can have together and it will certainly be an unforgettable event.”

Meanwhile, a Watercress Line spokesperson said: “We are delighted to be bringing such a new experience to our visitors and hope we can provide some Christmas cheer for all the family, especially during these unprecedented time.”

On its website, the Mid Hants Railway Watercress Line explained that it had lost more than £1million in revenue this year and had several events canceled amid the pandemic.

A statement read: ‘The railway has been unable to run trains for four months already and unfortunately several events have had to be cancelled.

“Over £1million in revenue has been lost so far this year. For more details on our appeal, please visit our Virgin Money Giving page. Or you can donate £10 by texting WATERCRESS to 70085.’

Commencing life in October 1965, the Mid Hants Railway was created to link existing lines to Alton and Winchester and provide an alternative route between London and Southampton. 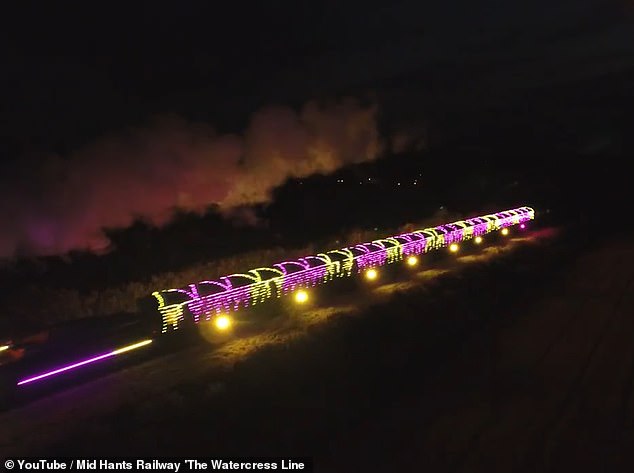 Passengers will receive an LED wristband, included in their ticket price, to wear on the steam train 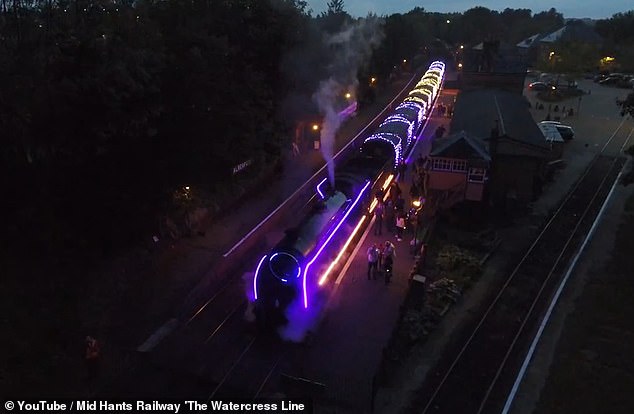 The show will run from December 11 to 23, 27 and 31 and January 1 to 3 and will also offer passengers the opportunity to listen to popular and traditional music. 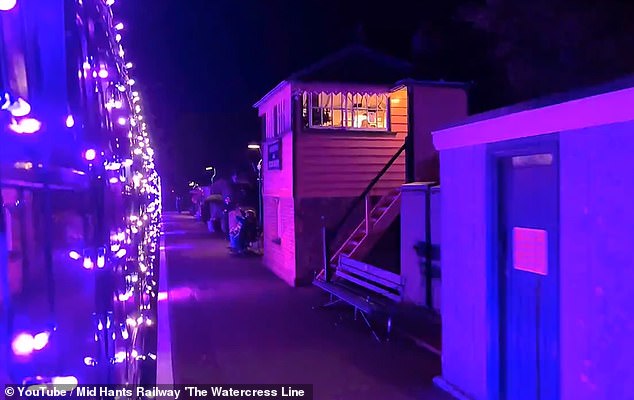 The S-15 freight locomotive, which has been unable to operate for four months amid the coronavirus pandemic, will travel between Alresford and Alton in Hampshire

On Twitter, the Watercress Line confirmed that tickets are now available for the festive light show

During World War I and World War II, the 17-mile-long locomotive, which was originally used to haul locally produced watercress, was used to haul military goods between the military town of Aldershot and Southampton.

In 1880, London and South West Railways took a 999-year lease on the line and acquired all the assets of the Alton, Alresford & Winchester Railway.

However, in 1923 the line joined the Southern Railway and later the British Railways in 1948.

After the electrification of the Mid Hants line in 1937 its steam services began to slow and passenger numbers declined but in 1957, following the arrival of diesel engines, the line saw its services improve a once again.

Despite a campaign by John Taylor, assistant clerk of Winchester Rural District Council, to protect the line, it was closed in February 1973.

But the line from Alresford to Alton was then bought from British Rail in 1975 and a team of volunteers helped restore the railway to its former glory.

It now operates as a preserved heritage railway under the control of Mid Hants Railway Ltd.

Steam locomotive GWR 813 out of service for several months

Progress of construction of steam locomotive 4709