No sooner had man invented the driving force than the quest began to find out who could reach the fastest speed, on land, in the air and on water.

When it comes to railways, Canada briefly found itself in world speed record territory.

In the mid-1930s, the Canadian Pacific Railway began exploring a new concept of the fast passenger train to revive interest in intercity rail travel.

Two would operate on the Montreal-Quebec route, two on the Toronto-Windsor route and one on the Calgary-Edmonton service.

These were dubbed “Jubilee” class locomotives to denote 50 years of transcontinental passenger service by CPR. A similar, slightly shorter 4-4-4 series with smaller drive wheels was also nicknamed Jubilee, and built the following year as F1 and in the 2000 digital series.

These F2 3000 series Jubilees had large 80-inch drive wheels, were semi-faired, and operated at an unusually high boiler pressure of 300 psi.

In July 1936, the first of the F2 Jubilees rolled out of the Montreal Locomotive Works, which ceased manufacturing engines during the war to become a Ram tank builder, and the Sexton self-propelled gun.

It was on this date in 1936 (some sources say 1937) that number 3003 set a Canadian steam locomotive speed record while apparently performing an air brake test. While pulling the four-car special train on the CPR Winchester line between Smith’s Falls Ont. and Montreal, #3003 reached an officially recorded speed of 112.5 mph near St-Télésphore, Quebec.

The high-speed capability of the engine, however, could not save steam. By the early 1950s, diesel, which was cheaper to run, was clearly taking over. By the mid-1950s most steam locomotives had begun to be replaced. Budd cars, self-driving passenger cars, also wreaked havoc on shorter intercity journeys.

Apparently none of the 3000 survived. It appears that some confusion between Montreal and Calgary over which to keep the last example meant that the two surviving F2s were scrapped in 1957. 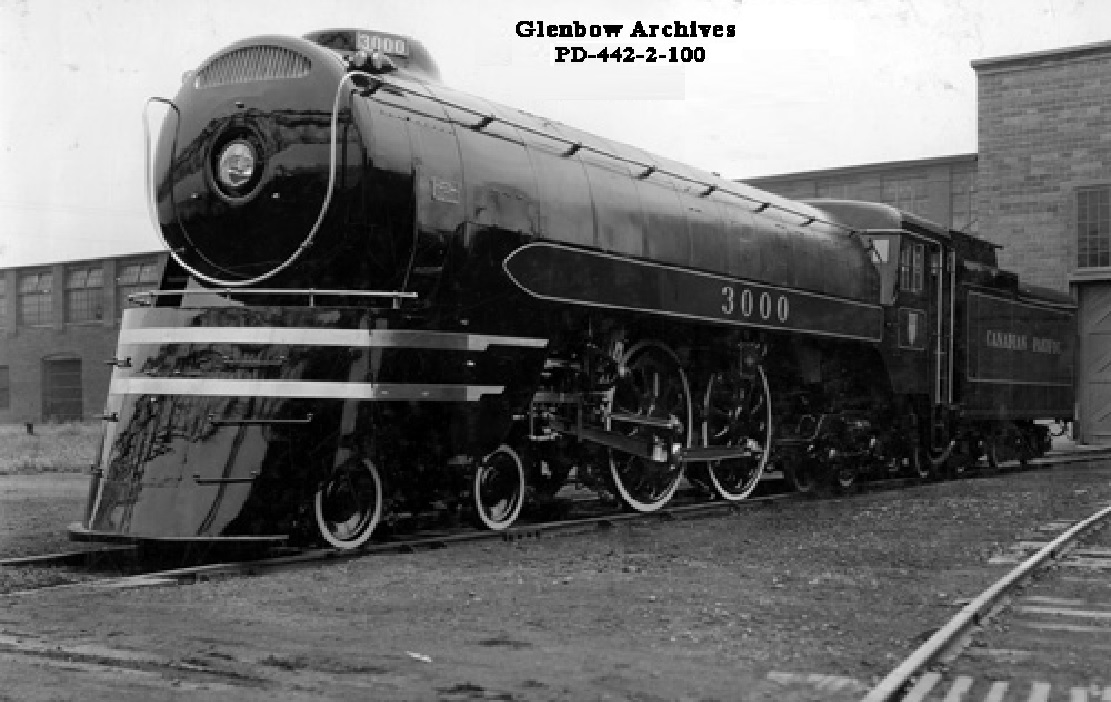 The shiny new 3000 shown in 1936 is said to be at the Montreal Locomotive Plant, one of five light and fast 4-4-4 F2 semi-stramliners (Glenbow Museum)

Interestingly, the locomotive’s speed record remained in Canada until 1974, when it was broken by a diesel engine and shortly thereafter by the somewhat short-lived “high-speed” turbo trains and troubled.

Even today, passenger trains in Canada rarely reach 160 km/h (100 mph) and only on a few limited stretches of track.

The fastest speed ever recorded for a steam locomotive goes to Britain’s ‘Magnificent Mallard’, a highly streamlined engine which briefly reached 125.88 (202.5 km/h) during a slight downshift in July 1938 .

Canadian Pacific moving a steam locomotive in a workshop

Steam locomotive 45212 will tour the Cumbrian coast this Thursday