By Sophie Law for Mailonline

A high-speed train rammed head-on into an ambulance stuck between barriers on train tracks in shocking footage.

A doctor and a paramedic were killed instantly while the driver was rushed to hospital after the shocking incident on Wednesday at a level crossing in Puszczykowo, Poznań County, Poland.

CCTV footage shows the ambulance stuck crossing the tracks as the barriers suddenly begin to lower.

CCTV footage shows a high-speed train passing and crashing head-on into the Puszczykowo ambulance in Poznań County, Poland, on Wednesday

Attempting to get out of the way of a fast approaching train, the driver attempts to maneuver the vehicle to sit parallel to the tracks to avoid being hit.

But the front of the ambulance protrudes from the rails and the driver is unable to move in time.

A high-speed train rushes past and hits the ambulance head-on, crushing it under the impact and dragging it down with the moving train.

Two of the workers inside the ambulance, a doctor and a paramedic, were killed instantly, local media report. 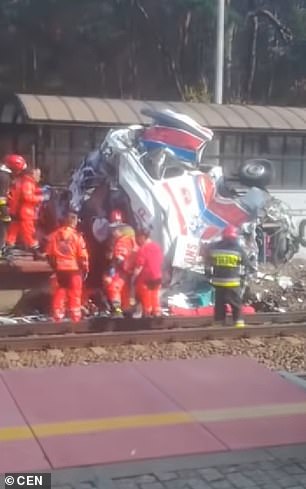 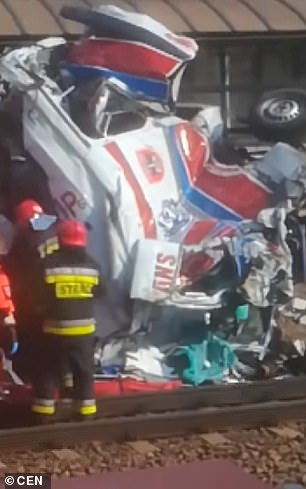 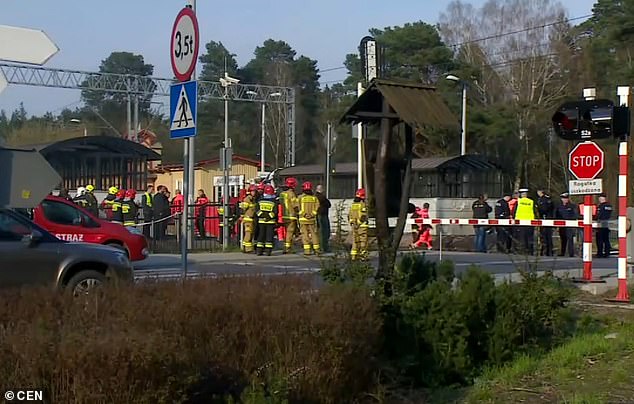 Footage of the aftermath shows the crumpled wreckage of the ambulance with debris strewn across the platform.

Crowds gathered to watch emergency services rush to the scene in an attempt to free those inside.

The driver was found in serious condition and taken to hospital in Puszczykowo as local media report he is fighting for his life.

The train – which was traveling from Katowice to Gdynia – derailed but fortunately the driver and passengers were not injured in the crash.

Following the fatal crash, Polish Prime Minister Mateusz Morawiecki tweeted his “sincere condolences” to the families of those involved.

It is not yet known why the ambulance became stuck and an investigation into the accident is ongoing. 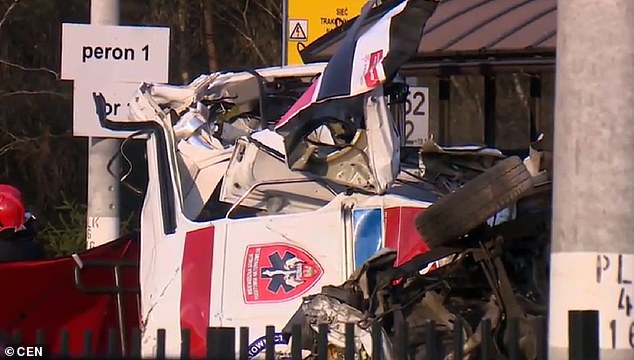 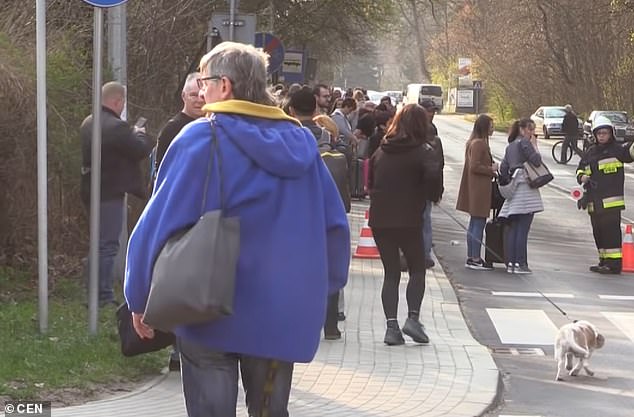 Crowds gather to watch emergency services attempt to free those inside