In Focus: Mallard, the steam locomotive that is a true British masterpiece

Sir Nigel Gresley’s Mallard steam locomotive is one of the great pieces of engineering of the 20th century. Jack Watkins tells his story.

In 2016, the 75th anniversary of the death of railway engineer Sir Nigel Gresley was marked by the unveiling of a statue at King’s Cross station, once the main London terminus of the London & North Eastern Railway (LNER), qu he had served. with distinction from 1923 until his death at the age of 64 in 1941.

Unfortunately, the anniversary was marred by a dispute over whether sculptor Hazel Reeves’ design should feature a mallard duck, in reference to one of his most famous engines, the Class A4 locomotive. Mallard. Gresley had raised waterfowl and enjoyed watching them paddle through the moat of Salisbury Hall, his Tudor estate in London Colney, Hertfordshire, which probably inspired the name of Mallard.

A finish to savour: In Mike Jeffries’ painting of a mallard steaming into King’s Cross, the guard’s unmitigated admiration is evident.

However, some members of the engineer’s family felt the duck was demeaning, so the sculptor removed it from his final design. So the slender, dignified bronze, which sits near the reservation desk and close to Gresley’s former office, stands alone, though several who attended the unveiling brought a duck anyway.

As for Mallard itself, you can see it in all its sparkling, curvaceous beauty at the National Railway Museum in York. Commissioned in the summer of 1938, it was only the latest in a line of impressive Gresley locomotives at a time when there was much competition between railway companies and, indeed, nations, to build more powerful and faster steam engines.

Gresley had been responsible for the A1 Flying Scotsman, the first locomotive to officially reach 100 mph in 1934, after which it soon introduced its A4 Pacifics on the East Coast Mainline between King’s Cross and Edinburgh. The A4s had sleek, streamlined profiles that seemed to be the essence of modernity in 1930s Britain. By the time the A4 Pacific No 4468 Mallard emerged from the LNER’s Doncaster works in the summer of 1938, a British steam record of 114 mph had been broken by a German engine, which had reached 124.5 mph, and Gresley was keen to reclaim the record.

On July 3, 1938, Mallard, painted in a shade of garter blue similar to the cars of Gresley’s motor racing pal Ettore Bugatti, was due to perform a brake test run from King’s Cross to Grantham. Gresley handpicked the crew, including 62-year-old experienced pilot Joe Duddington, never one to turn down a challenge; burly firefighter Tommy Bray to shovel over the coals; and Detective Sid Jenkins on the footstool.

He allowed them to try the record, but did not tell members of a speed-recording dynamometer car, which was attached to Mallard with six coaches, until the train departed on its northbound journey. 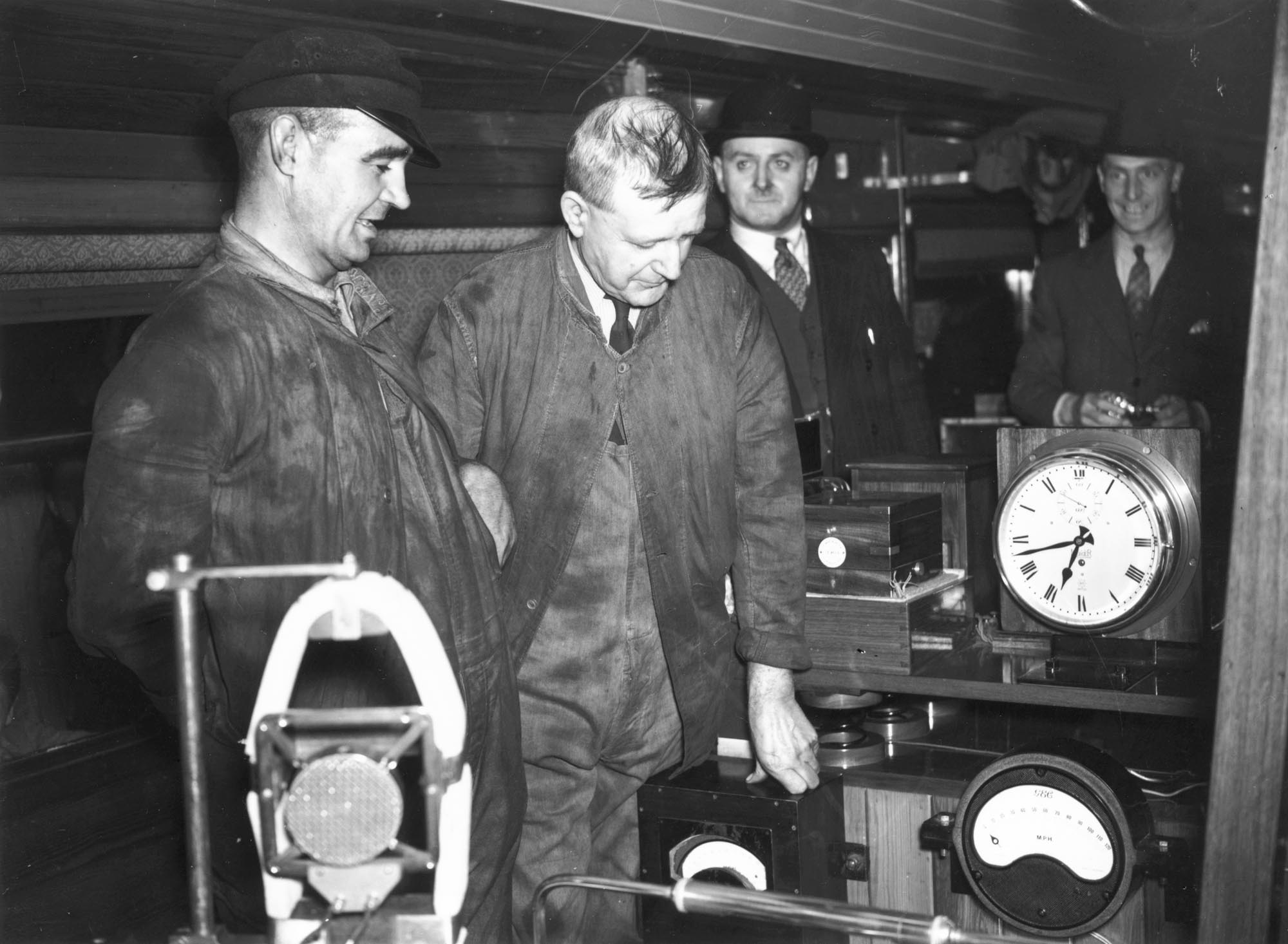 “I sped up the bank to Stoke Summit and passed Stoke box at 85. Once at the top I headbutted Mallard and she jumped on it like a living thing…Then 108 , 109, 110. “Come on, old girl,” I thought, “we can do better than that”…and in the next mile and a quarter, the needle slipped further…24, 125 then for a quarter for a quarter mile… 126! ​​126? It was the fastest steam locomotive ever driven in the world!” – Joe Duddington (middle top, with Bray on the left) on his record disc.

After several duly completed brake attempts, it was not until the train reached Grantham and turned back at Barkston Junction that the record attempt was made on a section of fast track. Passing Little Bytham, on the Stoke Bank descent, the dyno car recorded 120mph over five miles. Further acceleration pushed the speed up to 125 mph (reaching a top speed of 126 mph in less than a mile) before the Essendine Junction forced the driver to slow down. 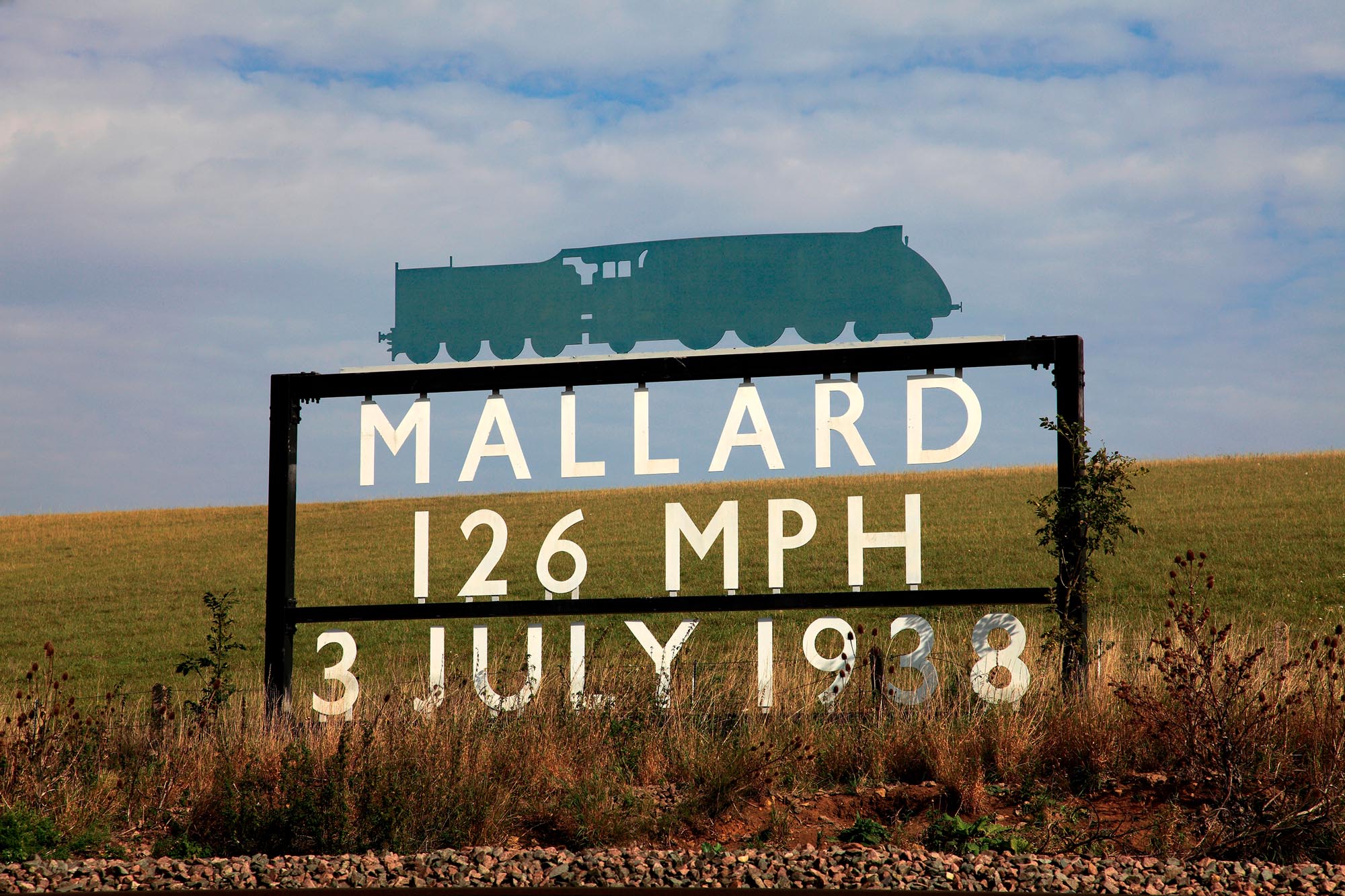 Be sure to look for the Mallard Record sign when taking the East Coast Main Line through Lincolnshire.

Mallard had to stop at Peterborough for repairs, but it was here that the crew posed for a famous photograph, their place in railway history being reserved for a steam engine speed record which n has never been exceeded.

Last year, Friends of Hyde Park Cemetery in Doncaster, South Yorkshire, raised £5,000 for a headstone for Duddington, who was buried in an unmarked grave after his death in 1953. A plaque on the grave also commemorated Bray. 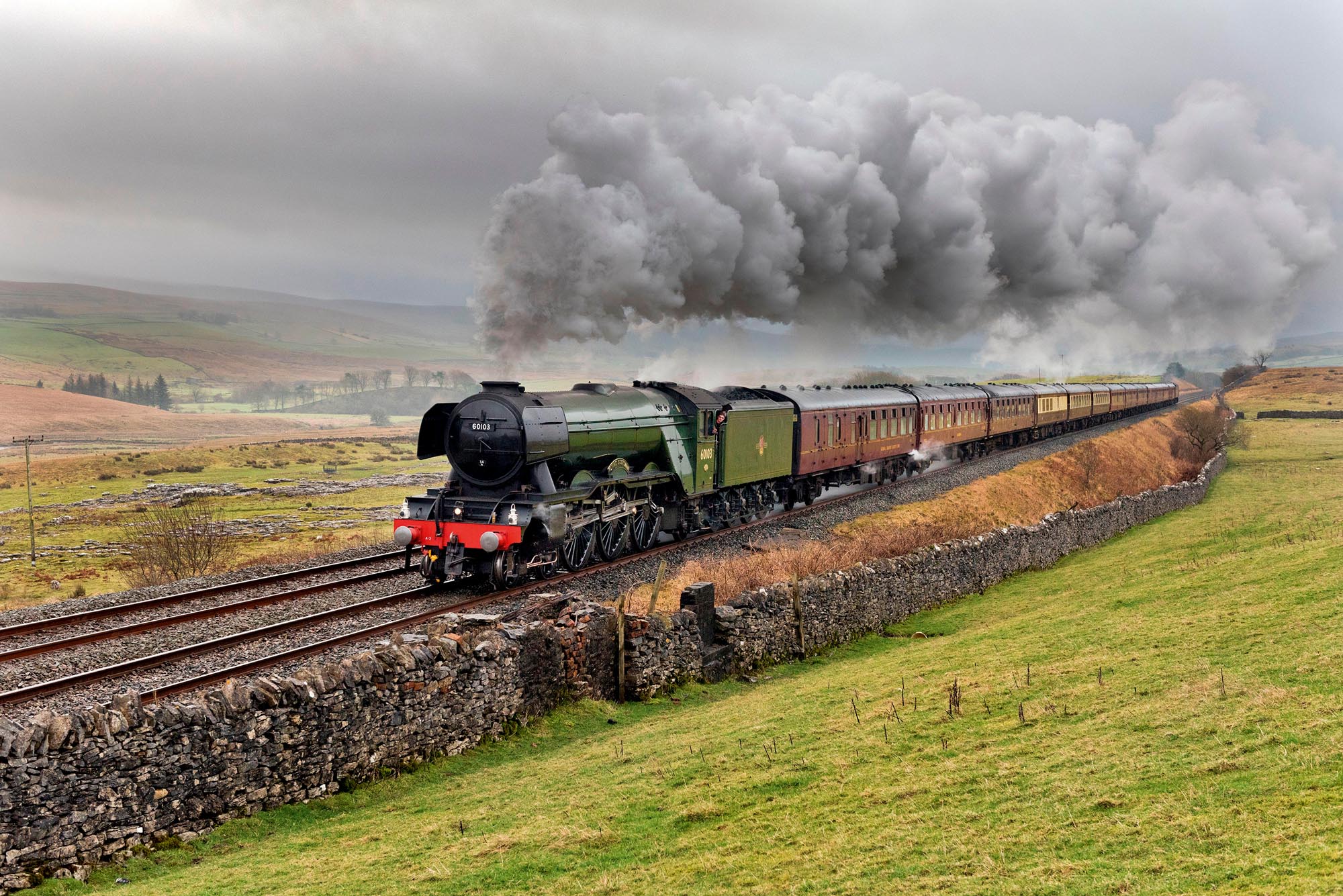 The Flying Scotsman locomotive is seen with ‘The Christmas Dalesman’ special steamer at Selside near Horton-in-Ribblesdale in the Yorkshire Dales National Park.

Gresley was already an accomplished railroad veteran and knight of the realm at the time. Mallard entered the record books. Growing up in Netherseal, Derbyshire, he started as an apprentice for the London and North Western Railway in Crewe, Cheshire. He became Chief Mechanical Engineer of the Great Northern Railway, a post he maintained at the LNER, operational from 1923. Gresley played a pivotal role in the latter’s battle with the London, Midland & Scottish Railway to supply the fastest rail service between London and Edinburgh. .

Its class A1 Flying Scotsman was born in 1923. In five years, equipped with a corridor allowing a new team to take over without interrupting the march of the train, it made the first non-stop journey between the two cities, reducing the journey time to eight hours. Then, in 1934, came the historic moment when it reached 100 mph during a special test. Although the Great Western Railway claimed to have passed the 100 mph mark with the Town of Truro steam locomotive as early as 1904, the accuracy of this has not been verified. The Flying Scotsmanmodified to a Class A3 train in 1947, ran until 1963, retiring the same year as Mallardwhen the high-speed steam locomotive was an anachronism.